How Problematic Are Burmese Pythons To The Everglades 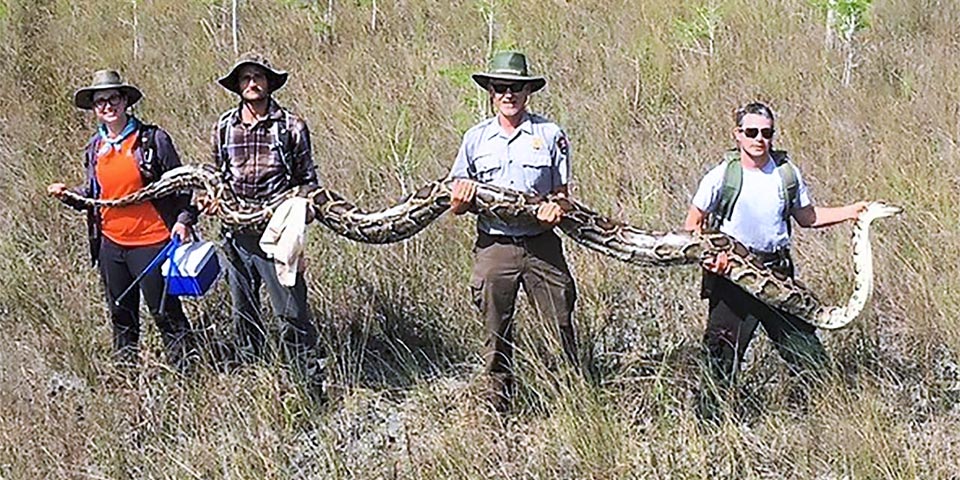 The invasive Burmese pythons have a large breeding population in South Florida. They have become one of the most concerning invasive species in Everglades National Park, swamps and Everglades in general. Pythons displace and compete with native wildlife for food, which includes mammals, birds, and other reptiles. An alarming decline in swamp rabbits, armadillos, raccoons, rodents, foxes, opossums, bobcats and other small mammals is attributed to the pythons.

In 2003 a team of wildlife researchers surveying mammal populations in South Florida starts to notice a sharp decline in swamp rabbits, raccoons and other small mammals. They released a population of rabbits with tracking devises. 80% of the rabbits released wound up in the stomach of Burmese pythons.

Burmese Pythons were originally imported in the 90’s by pet stores to the USA. It’s believed that discouraged owners released these snakes into the wild. The lack of natural predators and the fast pace growth of this species caused it to flourish. Until today all management attempts have failed to have an impact on the population as it continues to grow and move North in the state of Florida.